The Rolling Stones In Blue 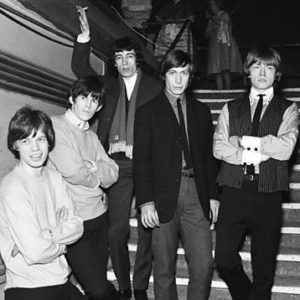 The Rolling Stones and the blues: it’s one of the greatest and most enduring love affairs in rock ‘n’ roll. The group whose very name came from a 1950 Muddy Waters song have done more than any other to bring the music that they’ve loved all their lives into the mainstream — from the incredible achievement (one of Keith Richards’ proudest) of getting a blues song to the top of the UK singles chart, in 1964 with ‘Little Red Rooster,’ to scoring their 12th No. 1 album in their home country in 2016 with Blue & Lonesome.

Cerys Matthews, presenter of the Radio 2 Blues Show (Monday nights from 8pm), presents this fast-paced trip through the Stones’ personal blues history, as told by the band themselves. The documentary calls on both new interview material and vintage audio recorded with the legendary group over the last quarter-century with programme producer Paul Sexton. As described by the Stones, we’ll hear about their unbreakable connection to Waters, perhaps their greatest early inspiration of all, as well as Howlin’ Wolf, Chuck Berry, Bo Diddley, Little Walter Jacobs, Buddy Guy and more.

Cerys plays the original versions of some of the greatest blues music in history, as well as the Stones’ interpretations of them on singles, albums and for BBC Radio, not to mention the blues originals they went on to create, and continue to perform. We’ll hear how the blues informed every aspect of their development, from avid collectors to global superstars.

In particular, Ronnie Wood explains how he learned about the blues from the records that his older musician brothers brought home; we’ll learn how ‘Midnight Rambler’ became the band’s definitive original blues song, and a fixture in their live set to this day; and hear stories from their many years of working and socialising with these great artists. Richards tells a unique story about the night he went to a party at Muddy Waters’ house, and woke up at Howlin’ Wolf’s house, without ever finding out how he got from one to the other.

From the Marquee Club in July 1962 to the end of the No Filter tour in Poland in July 2018 and from ‘Dust My Broom’ to ‘I’m Your Fool,’ the Stones have never shaken the blues, and this exciting programme shows why.