Symphony of the Stones 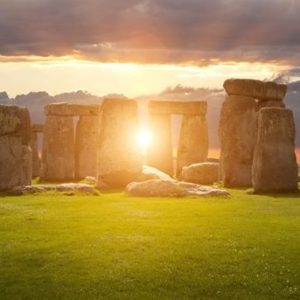 Ancient history was not silent, so why is our study of it?

The oldest-known musical instruments – bone flutes found in southern Germany – date back a little over 40,000 years. But how long humans have been making music in one form or another is a matter of great speculation. What did ‘music’ mean in the context of our Palaeolithic and Neolithic forebears? And, how did the human voice, archaeological artefacts and ancient sites themselves affect the sounds of their world.

Travelling from Stonehenge and West Kennet in the United Kingdom to Cueva de la Pileta in Spain and on to Little Black Mountain in the United States, archaeologist and musician Miriam Cooke, witnesses how the techniques of archaeoacoustics – the study of sound in archaeological contexts – can help connect us to the past. She attempts to recover the soundtrack of our ancestors and then write a song about it.

Contributors include professor Rupert Till from the University of Huddersfield, sound artist Oliver Beer, psychoacoustician Chris Kyriakakis, Native American cultural historians Ernest Siva and Walter Holmes, Prehistory of Music author Iain Morley, and Steven J Waller, who researches the links between rock art and the sound of the spaces they inhabit.