Can this exhilarating sport roar back to greatness? 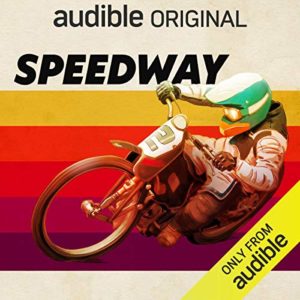 Speedway was a prime-time sport in the 1970s and 1980s. Its most successful riders were household names, and events would be held in venues as large as Wembley Stadium, attracting tens of thousands of spectators. In a time of only three terrestrial TV channels in the UK, you were guaranteed to find Speedway racing on one of them on a Saturday afternoon.

At one point, London alone was home to 11 separate clubs. Today it has none.

So what put this once-dominant sport on the slide? It’s especially puzzling given that one of its leading lights (and three-time World Champion), Tai Woffinden, is British. He’s hugely famous within speedway circles, but lacks the public recognition of his F1 equivalent Lewis Hamilton. Tai now chooses to race in Poland, where the sport is as popular and well-loved as it was in its UK glory days.

Sports journalist and broadcaster, Jennie Gow, is best-known for her F1 coverage, but she believes that speedway is, in many ways, the superior spectator sport. Jennie hears from speedway riders, promoters, academics, writers, commentators, musicians, bosses and fans (and even a vicar for good measure) to ask if this exhilarating sport can roar back to greatness.