Roald Dahl: A Gremlin In The Works 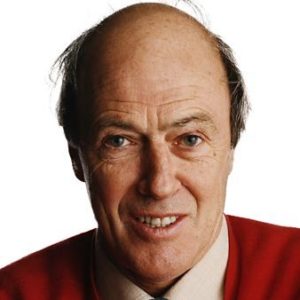 Cartoonist and illustrator, Gerald Scarfe tells the story of one of the greatest movies never made.

Walt Disney sent a telegram to Roald Dahl saying he wanted to make a film based on Dahl’s 1942 book The Gremlins – $50,000 was invested, more than a year of pre-production time was spent but, in the end, the story of little creatures who sabotaged wartime planes never made it into our cinemas.

Gerald Scarfe, who has provided illustrations for both Dahl’s and Disney’s works, paints a picture of how an RAF myth nearly became a Disney classic alongside The Jungle Book or Mary Poppins. He reveals the factors that eventually became the project’s own ‘gremlins in the works’.

The programme features Dahl’s official biographer Donald Sturrock, who also directed Fantastic Mr Fox for TV, and Gerald was also given exclusive access to some of Roald Dahl’s original papers.