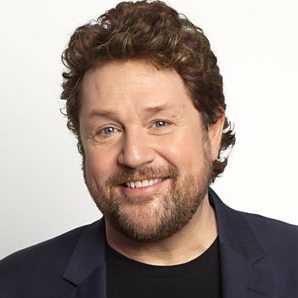 Packed with the greatest Christmas songs, festive chat, and some top celebrity friends, all with ties to Wales, Michael’s ‘keeping up with the Joneses’ as he’s joined by Alex Jones, his side-kick from BBC 1’s The One Show to reminisce about her seasonal childhood memories back in the 80s.

Popping by too, it’s musician Howard Jones, who grew up in South Wales in the 60s, and has fond recollections of this time of year when he was younger. Howard’s promising a very special live cover version of his favourite Christmas song.

And Sir Bryn Terfel (also a ‘Jones’ too) drops by later with stories of his days in Snowdonia as a school kid spending Christmas in the countryside.

Plus, there might even be more live music towards the end of the show… if Michael lets his extra last-minute singing guests be part of this special day, that is. He might have to change their name first!

Expect plenty of surprises, a Christmas ‘true or false’ fact quiz for all the family to join in with along with the guests, and lots of laughs from one of the UK’s best-loved entertainers.