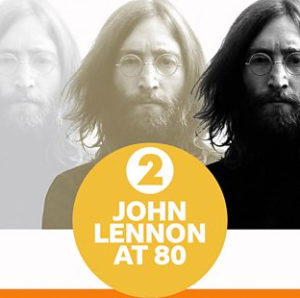 A celebration of the music legend on what would have been his 80th birthday, with Sean Ono Lennon, Julian Lennon, Paul McCartney, and Elton John.

Presented by his youngest son, Sean Ono Lennon, the programme delves deep into the Lennon family’s musical memories of John. In episode one, Sean and his elder brother Julian chat publicly for the first time about their father.

Both recall time spent in the studio at different points in John’s solo career – Julian during the making of the ‘Walls and Bridges’ album in 1974 and Sean during the recording of ‘Double Fantasy’, shortly before John’s death in December 1980. They chat warmly about their memories of growing up as ‘John Lennon’s son’ and how that reflected on their own musical careers.

Elton John also chats to Sean about his close relationship with Lennon, his admiration of the Beatles as a youngster and the effect that meeting and playing music with John in the 1970’s had on him. Elton also explains how he played a pivotal part in Sean’s very existence (and ended up as Sean’s Godfather as a result).

In Part 2, Sean is in conversation with his father’s friend, bandmate and songwriting partner, Paul McCartney. It will be the first time the pair have spoken together about John, for broadcast.

Sean also shares his own memories on his father’s remarkable musical life, which created some of the most important musical milestones of the entire 20th Century.